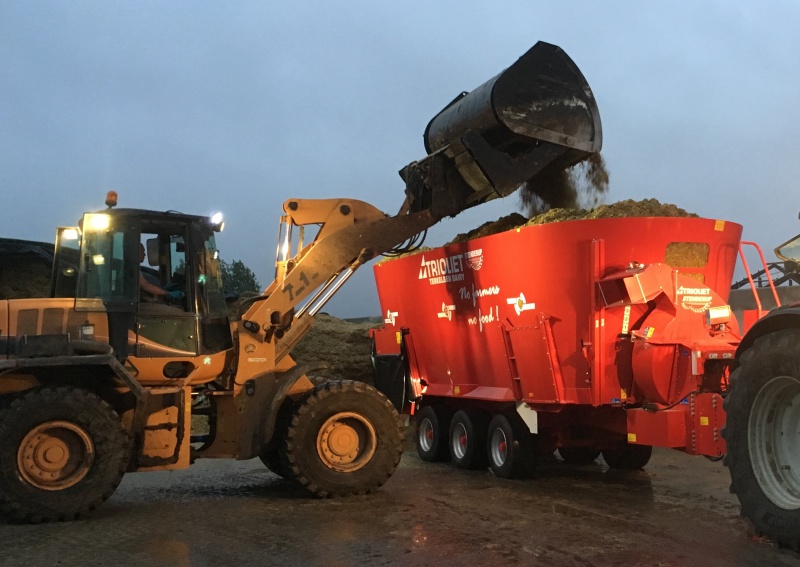 After building a new barn and increasing the size of his herd to 770, Danish dairy farmer Henrik Terkelsen’s attention turned to a new mixer wagon to replace his existing 30m³ version. The farmer was not only seeking more capacity, but also wanted a machine capable of spreading straw for young stock. Stenderup, one of Trioliet’s Danish importers, won the order and supplied a trailed Solomix P3 4000L ZKX-TR heavy-duty mixer wagon with a straw blower.

The Dutch manufacturer has delivered 30m3 and 36m3 triple auger machines to France and Denmark, but the 40m³ version in Denmark is claimed as the world’s largest mixer wagon with a straw blower. Used three times a day at the main location – two loads for the 770 dairy cows and one for the dry animals, the machine then visits two other locations to feed the young livestock and spread straw in the stalls. The straw blower, which is driven mechanically and controlled electrically by the tractor operator, can blow straw up to 25m, and the Danish farmer says the multi-purpose machine saves the costs of an extra tractor and a separate straw blower for each location.

With animals spread across three different locations, the mixer wagon spends over an hour a day on the road, and the farmer reckons he can feed all his animals and spread his stalls with straw in just three hours.

The triple-axle wagon is force steered on both the front and rear axles, and features the Dutch firm’s automatic Shifttronic three-speed reduction gearbox. This adjusts auger speed automatically during mixing and discharging based on weight, which says Trioliet, makes it possible to use a relatively small tractor (the Danish farmer’s machine is towed behind a 200hp Valtra T191). The Danish machine is also fitted with wireless data transfer of the ration from the farm computer directly to the mixer using Trioliet’s TFM Tracker feed management system with Datalink. 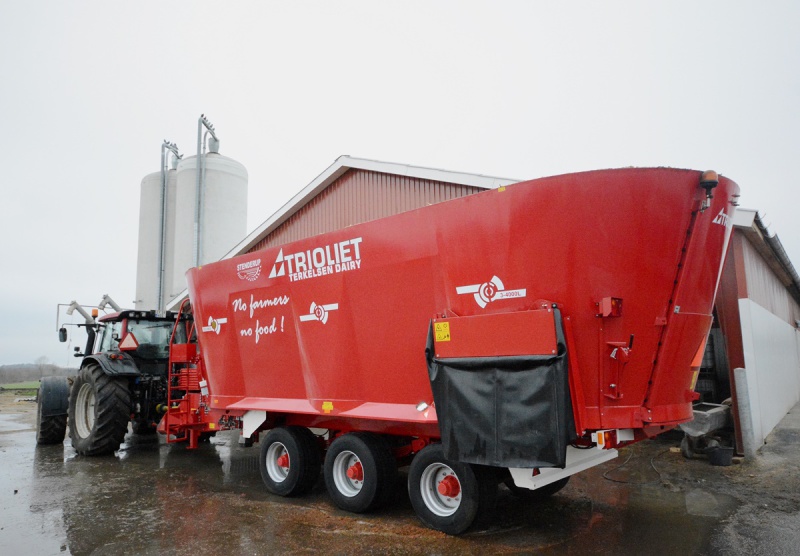