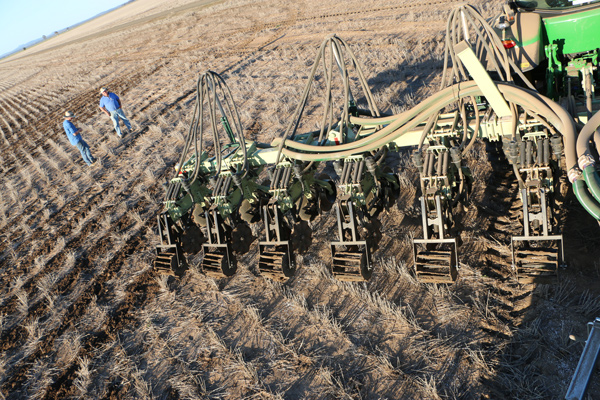 Using an Orthman strip tiller has helped to deliver a 20-30 percent sorghum yield advantage for the Wise family in the Darling Downs.

Jeremy Wise crops 4047 hectares on the family farm at Bowenville, east of Dalby, with his wife, Megan, and parents, David and Rosemary.

The farm is run on a controlled traffic zero tillage system, rotation cropping chickpeas, wheat and barley in winter, and sorghum, mung beans and sunflowers in summer.
Jeremy said the Orthman pre-plant strip tiller had given them the seedbed they wanted in just one pass and still maintained zero till conditions.

“In some areas on the harder soils, we’ve seen a yield difference up to 30 percent. Across the board, taking all soil types and conditions into account, it’s at least a 20 percent yield advantage,” he said.
The Wise family bought the Orthman 12-metre vertical fold strip tiller in June 2015 from local dealer Vanderfield after trialling a smaller unit.

“We chose the Orthman because it is so robust and very well built,” Jeremy said. “It’s built like a tank. We wanted a tiller that could handle sorghum stumps efficiently and this machine would go through anything.

“Before we got the Orthman, the same ground would have taken three workings instead of one pass, and we still wouldn’t have had results like these. The plants looked healthy through the whole cycle. Early vigour and late vigour was particularly noticeable.”
“We got better soil conditioning and a great seedbed, better root establishment and better moisture penetration. The water runs straight into the strip till row instead of running off,” he said.

They used the Orthman strip tiller on a 260hp tractor, with a 6000-litre three bin airseeder. The front and rear bins held urea and the middle bin held Starter Z.

They set up tubes attached to the main tyne on the strip till unit which allowed them to deliver fertiliser in different bands, with some at 4-inch and some at 8-inch depths.

Fertiliser was blended on the go and they didn’t have any problems with fertiliser bounce.
In October, they planted sorghum with two 18-row Horsch Maestro planters into a good level seedbed of well-conditioned fertilised soil.

Each Maestro planter had an 8500-litre seed wagon and there was no need to carry fertiliser. Plant establishment was above 90 percent and very healthy.

Orthman strip tillers are proving a boon to many farmers across Australia, some of whom had seen yields level off after years of no till or minimum till practices.

The brand has been steadily growing in popularity because of its heavy duty construction, durability and adaptability to different requirements.

Jeremy said when they chose Orthman, they were looking for specific advantages.
“We wanted to get a very good seed bed and open up the tighter soils, while saving on time and labour. We wanted to improve moisture penetration, nutrient uptake and yields. The Orthman strip tiller has definitely delivered on all counts.” 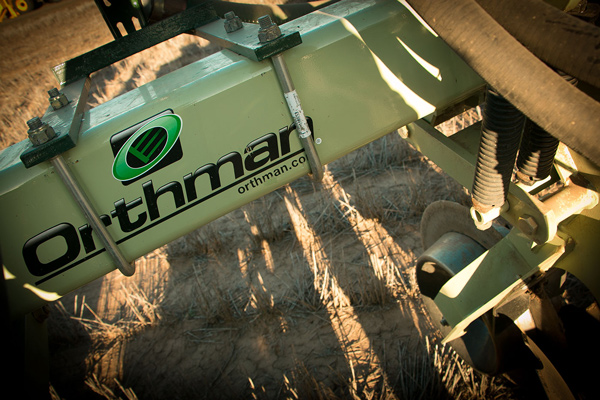 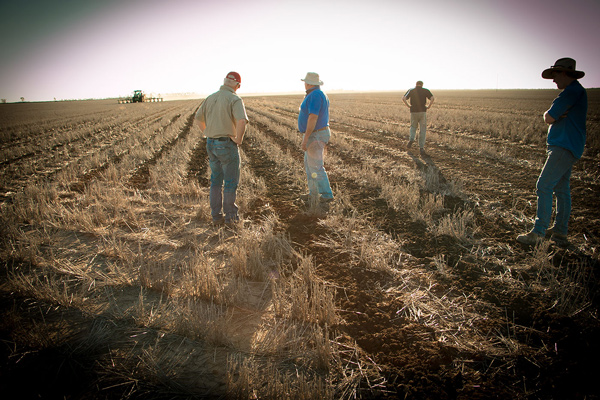