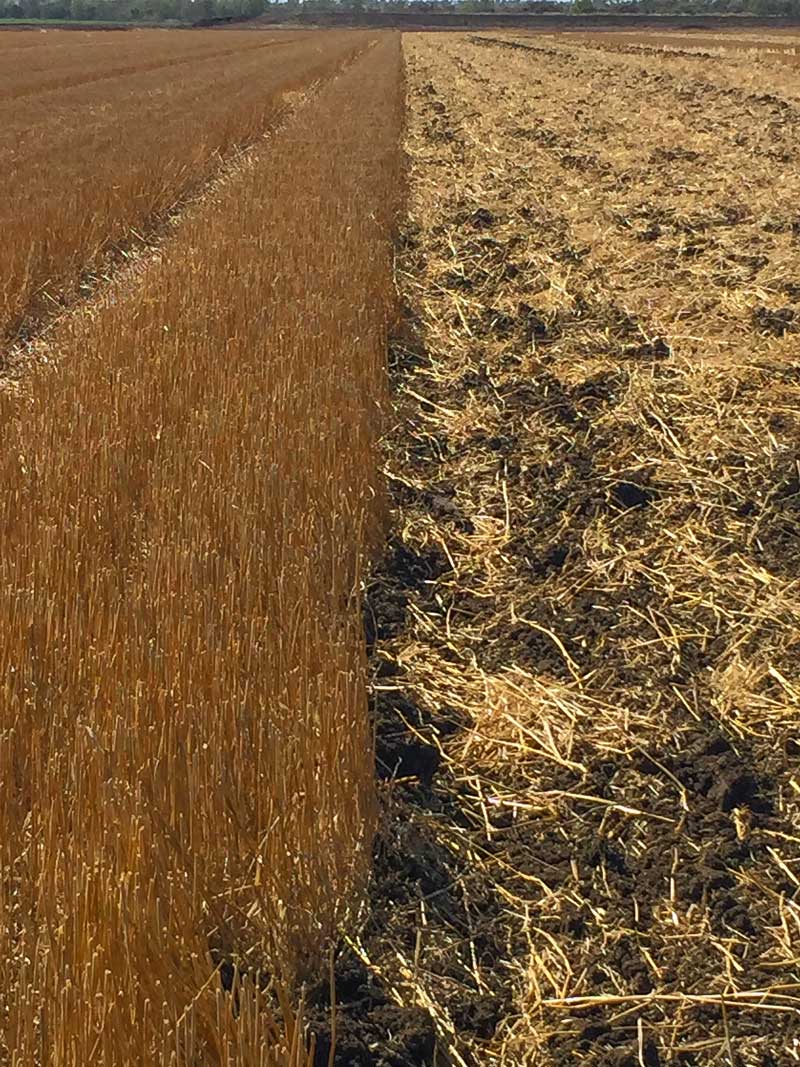 Soils are a mix of alluvial self-cracking clay with a little black and some lighter reds.

A self-confessed ‘early adopter’, Ross had already bought two Horsch Maestro planters when he saw a Horsch Tiger demonstration and realised immediately how it could improve his operations.

“I already knew the Maestro planters were amazing machines,” he said. “Thanks largely to their speed and precision, we had our biggest ever sorghum crop. We planted 4550ha in 8 days with 3 men.”

He first saw the Tiger MT cultivator during a visit to the Horsch farms in Germany. Australian distributors Muddy River Agricultural then brought a 6-metre Tiger MT to Coolibah Plains for a demonstration with local Horsch dealers Vanderfield.

An hour into the Tiger demo, seeing how good it was, Ross ordered an 8-metre model. The 6-metre demo machine was snapped up by a neighbour.

“We knew the benefits of deep ripping but we’d only been able to do a limited amount each year because the operation was so time-consuming and expensive,” Ross said.

“First we had to deal with the crop residue, then deep rip, then it took a couple more passes to get the ground into a state we could use. So it was four distinct operations. The way the Horsch Tiger MT converts all that labour into one pass is astounding.”

The Tiger MT is a combined heavy 2-row disc system with a cultivator. The 4-bar frame is 85cm high giving good clearance. Features include TerraGrip shanks with MulchMix points and 45cm tyne spacing, and single row levelling discs in front of the large packing system

“Sometimes I look behind the implement as I’m working and I can’t believe it leaves the paddock the way it does in only one pass. As well as saving time, we’re saving 20-25 litres of fuel p/ha. With 8000ha, that’s going to pay for the whole machine,” he said.

“We put it through some very heavy wheat stubble after a 6.5t p/ha crop yield. It chopped and incorporated all the residue, deep ripped to 35cm, then the row of discs levelled the furrows, and then the tyre packer and top ring packer did a great job and left the paddock ready for normal cropping operations.”

In his past experience with deep rippers, Ross said it was often difficult to keep the tynes at the desired depth but Horsch has solved that problem too.

“It’s brilliant. The whole width of the machine is supported on the full row of packing tyres to give accurate depth control.

“Anyone who sees the Tiger operating can’t get over how much it does in one pass. They are dumbfounded. My brother came to see it and ordered one straight away.”

Ross said the service from Muddy River Agricultural and Vanderfield had been excellent.

“With all the new technology available to improve our operations, good back up support is crucial to farming now.

“Horsch machinery is developed by farmers for farmers, and Horsch doesn’t release until they know it works well, and continues to work well.