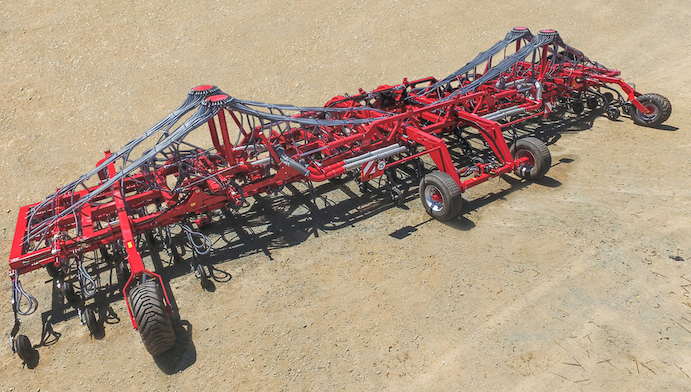 Responding to the demand of farmers from the Mallee and Wimmera, Horsch have released an upgraded version of their Sprinter NT air seeder.
By lifting the bar’s frame by an extra 200mm the new Sprinter boasts substantially increased under-frame trash clearance – ideal for paddocks with high stubble and a lot of residue.

Alan of Warracknabeal was the first happy customer to get sowing with the upgraded model, after considering a trade-up for some time. This season, he bit the bullet traded his two smaller air seeders into the new Sprinter 18NT.=
It’s an 18m (60ft) wide Horsch Sprinter bar with 72 tines on 250mm (10’’) spacing. The 21,000L air cart has 3 bins and is towed behind.

For him it is all about efficiencies. The larger machine means he can run longer and get the same work done with less staff and logistical pressure. The simplistic design and superior built quality includes rubber torsion pressure on the tines, meaning less moving parts and less maintenance.

In the end, the higher clearance convinced Alan. With two reasonable years behind him, Alan knew there would be more trash and higher stubble to clear, the extra 200mm height compared to standard Sprinter NT make a difference.