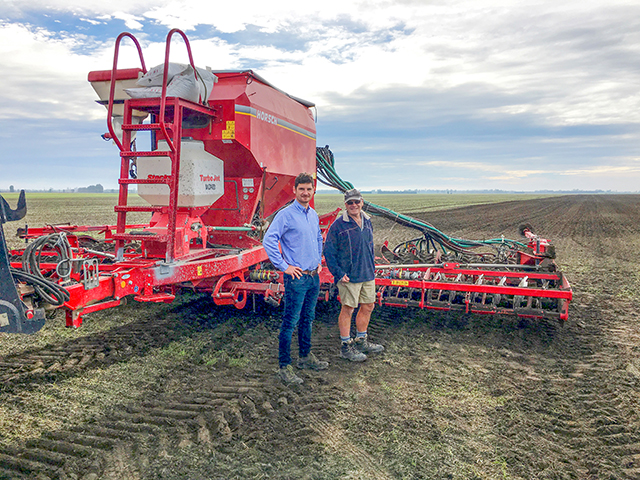 The Watsons farm 490ha at Ashburton, New Zealand, an area that produces some of the best wheat crops in the world. 14 tonnes to the hectare here is not unusual.

In April 2016 the Watsons sowed Oakley wheat at 65kg per hectare with the Pronto drill, sowing into Wakanui and Templeton silty loams on flat terrain. Germination was excellent.

At around 40cm, the soils are not deep but have good moisture holding properties and the wheat crop was only irrigated twice.

Mr Watson said there was no special treatment and no magic ingredient. It was more a matter of good farm husbandry, applying the right knowledge, using the right machines, and being blessed with the right weather.

He bought his first Horsch Pronto, a four-metre model, almost a decade ago and said it had immediate appeal.
“Before we got our first Pronto we were just using ordinary drills. We chose the Pronto because it is so well designed and well constructed and we knew it would help us improve farming methods and soil health.

“There’s a very short window between harvest and the next crops. Using a Pronto saves us from doing one and sometimes two extra cultivations. That means considerable savings on fuel and labour, but it’s the time we save that’s crucial.”

He said they sometimes run trials with different seeders on the farm.

“The seedbeds they produce can be very much rougher with poorer germination. The Pronto gives us good even germination and a fine seedbed.

“Seed placement is very accurate and the tyre-packer in front of the disc coulters is a big advantage. It forms the ground beautifully before the seed goes in and does a much better job than other seeders.”

The Watsons grow a wide range of crops for seed production. As well as record-breaking wheat, their Pronto sows ryegrass, fescue, plaintain, chicory, barley, triticale, beans and linseed. They use a Case Quadtrac tracked tractor for all the cultivation work.

Mr Watson said it wouldn’t be easy to match their own record this season.

“Last season was very kind with no extreme heat and adequate rain. Rain has delayed our sowing this season but if everything else goes well we might get to 17.5 tonnes.”
Some areas of the world record Oakley crop actually reached 20 tonnes, fuelling speculation that the “20 tonnes by 2020” ceiling may be achieved even earlier.

With so many variables at play, Mr Watson isn’t ready to commit to the date. But if their Ashburton farm is ever home to a 20-tonne world record breaker, it’s a good bet a Horsch Pronto will be sowing the seeds of their success.
For more information: www.muddyriver.com.au or call your local Horsch dealer. 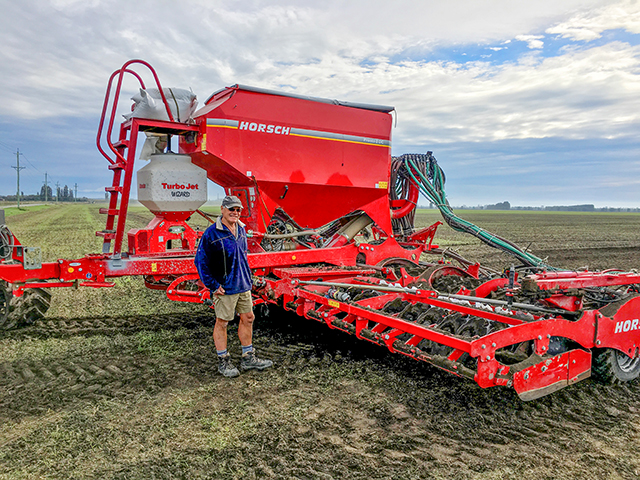 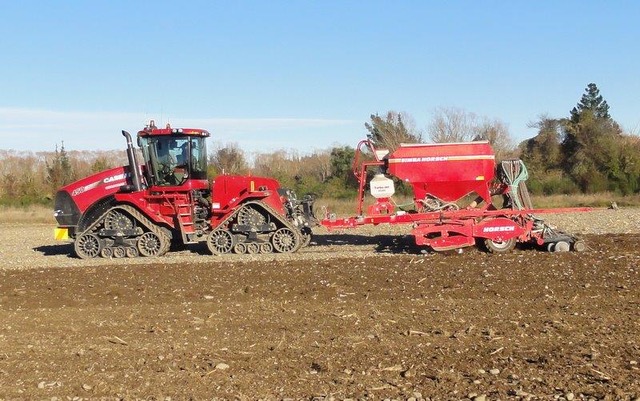 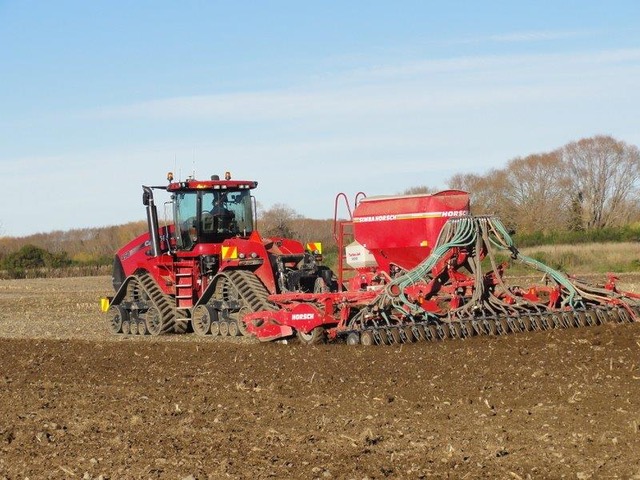