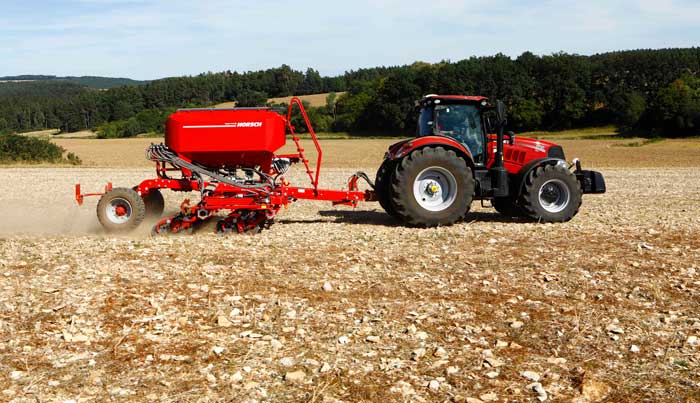 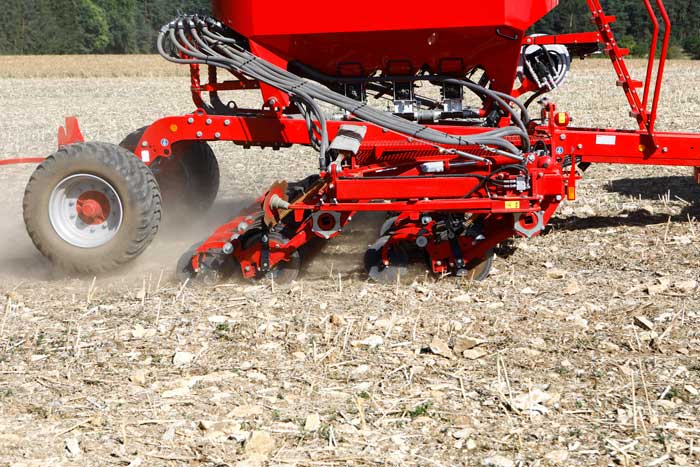 HORSCH extends its various equipment options with regard to the hopper system for the 3- and 4-meter no-till seed drill Avatar. The HORSCH Avatar still can be equipped with a single or a double hopper. In addition, there now is a new version with a triple hopper. This new hopper system is called “Tripletank“.

The Tripletank allows for sowing two crops simultaneously while at same time supplying them with fertiliser or for metering individual components for a wide range of catch crop mixtures and placing them in the soil together. Such a mixed cultivation of crop plants encourages for example a faster covering of the ground, the stimulation of the biological activity of the soil, an increased root penetration of the soil and an increased fixation of nutrients.

The newly developed and designed Tripletank consists of three separate successive chambers. The total capacity of 3800 litre is divided in the ratio 60/10/30 to meet the different requirements of the different crops concerning the hopper capacity. For the Avatar SD with 6 and 8 meter working width HORSCH offers a micro-granular unit for starter fertiliser or slug pellets as well as a for one more component. In this case, the third tank will be integrated in the main hopper and be equipped with a special micro-granular metering device or with a standard metering device for seed and fertiliser.

Two distribution towers are used for the Tripletank. The customer can choose whether he wants one half-width piping per distribution tower or a piping system that supplies every coulter row individually. The first version allows for a mechanic or electronic half-width shut-off to minimize overlapping especially in corners or pointed fields. If the customer opts for the second version, each of the two coulter rows can be fed with a different crop which can then be placed precisely in different depth according to the requirements of the seed.

Moreover, the Tripletank convinces due to its low filling height that facilitates filling considerably.